The History of Trout House

The rich history of the Trout House can be traced back to three families of Innkeepers: The Wheelers, the Boltons and the Patchetts.

John Wheeler’s “Trout House” began as a boarding house in 1863. By the 1890’s, Charles Wheeler expanded and the original 22 room Trout House hotel, had emerged as one of Lake George’s grand hotels. The Lake’s first tourists were among “the privileged” of society. They arrived from New York by train to Lake George and boarded a steamboat (the Iroquois or Sagamore) North, to one of the many hotels that dotted the Lake’s shoreline.

Hague had 6 hotels: the Phoenix, Hillside, Iroquois, Rising House, Trout House and Island Harbor House. The steamer would unload the guests at the old public dock, with trunks in tow, ready to enjoy the entire summer on the Lake! Each hotel would pick their guests up by horse and buggy at the Hague dock.

The Trout House had a tennis court in front, croquet grounds in back and became famous for its Trout Dinners. People came from all over the Lake to enjoy them!

R.J. Bolton became the next Trout House proprietor around 1900. Sadly, the hotel became victim to fire in 1916. The rear stone wall foundation remains are visible today behind Adirondack Cottage.

R.J. purchased the adjacent hotel to the South, the “Iroquois” in 1918. He renovated it with private baths and running water and christened the 57 bedroom, 40 bath hotel the “New Trout House.”

R.J. built the Bolton Lodge (present day Country Inn) for his family in 1922. He used the finest materials and the cost of $5000 was considered exorbitant, and his very extravagant home was the talk of the town for quite some time!

R.J. was one of the most popular and colorful role players in the town of Hague’s true “HEYDAY”. He owned the hotel, restaurant and built the Trout House casino which housed a poolroom, movie theatre and barbershop. He was the town supervisor and became a New York assemblyman. He used his influence in the NY state legislature to fund the first paved road over Tongue Mountain in 1927.

After World War II, more middleclass families were able to afford automobiles, and cottages grew in popularity with the next generation of tourists to the Lake.

It became apparent that the rise of the cottage popularity would soon signal the gradual demise of the era of the Grand Hotels on Lake George.

When Lynn and Bob Patchett began their innkeeping journey in 1971, the property was in dire need of much TENDER LOVING CARE!!!

Bob Patchett dreamed of restoring this magnificent property to its original stately splendor. Since then, the resort has gone through a complete transformation!

The hotel, which had lain dormant for several years, was taken down in 1975. The only remnant that remains is the terrazzo floor, which adorned the hotel lobby. It serves today as the Basketball Court.

In 1979, an addition to the Bolton Lodge connected the Lodge with the innkeepers’ home, and it is the present day office.The nine bedroom Lodge has been wonderfully restored to its lovely Victorian-Arts and Crafts era, and is the resort’s Country Inn.

The simple motel and the Adirondack cottage (completely renovated in 1982), are the only accommodations remaining from the Patchetts’ meager beginnings in 1971.

In 1986, Lynn and Bob built their retirement home on the hotel property and welcomed son Scott, Alice and family as the next generation of innkeepers.

The log cabins gradually were built and have become the most desired accommodations on Lake George. Ethan Allen and Lord Howe were built in 1976, followed by Montcalm in 1980, General Burgoyne and Paul Revere in 1988, Seneca in 1996, and finally Iroquois and Eagles Nest in 2001.

The continued success of Trout House can be attributed to warm, friendly service with a personal touch, a dedication to providing the highest quality standards in lodging and most of all, to a very special place that can only be described as “Heaven on Earth”.

The Patchett family is honored to welcome you as their guests and hope to continue the Trout House’s rich tradition of hospitality for years to come. 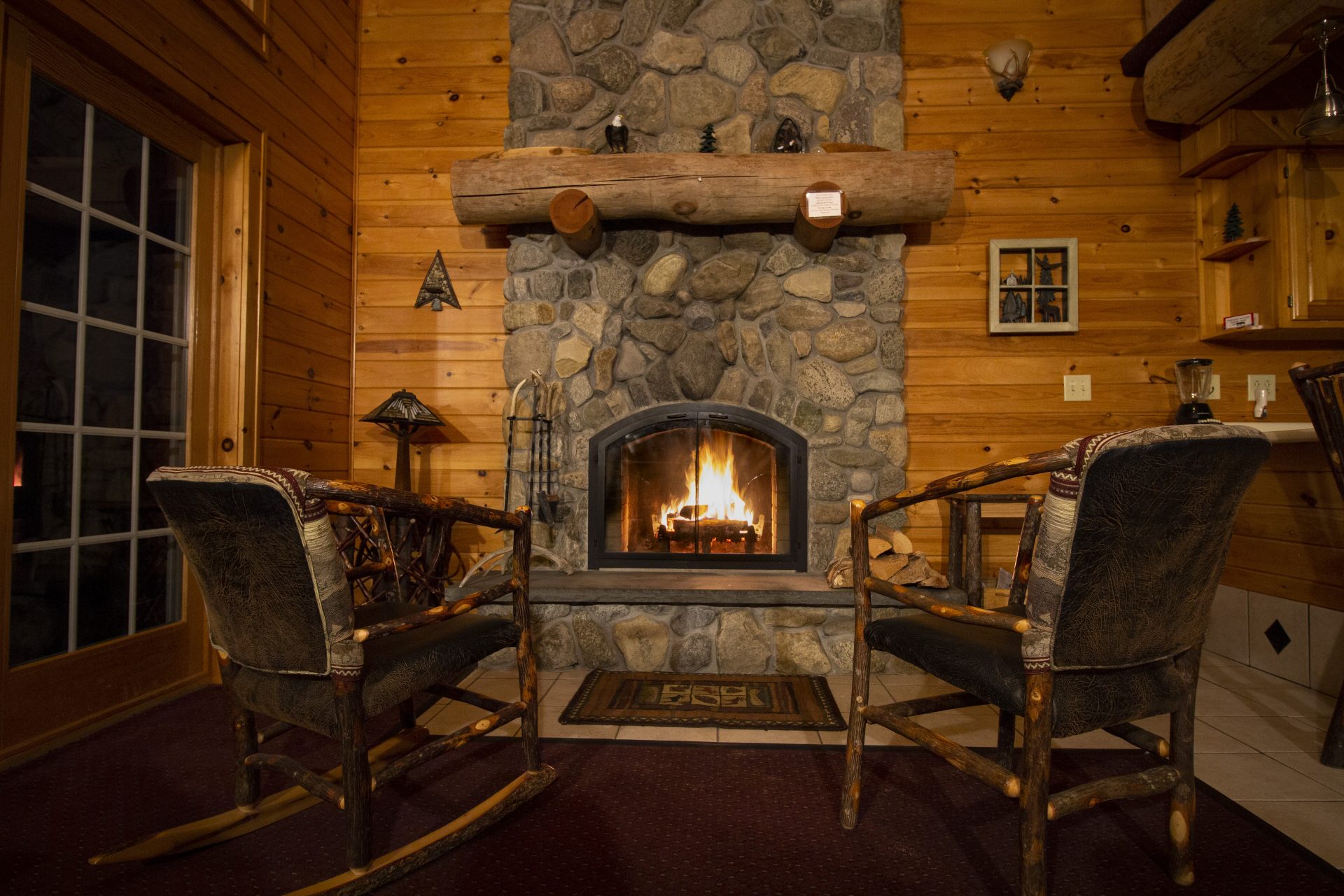 Experience the ultimate in Adirondack luxury in one of our amazing log cabin chalets for a romantic getaway. A kindling fireplace and an indulgent jet tub await your arrival. A gift certificate to the Trout House is a great gift to give or receive!

Treat yourself or a loved one to a future Lake George vacation with a gift certificate.